Taking a look at this morning’s economic stats out for the UK market. CPI YoY came out just short of 10%.  CPI is in the UK trading at a 40 year-high. 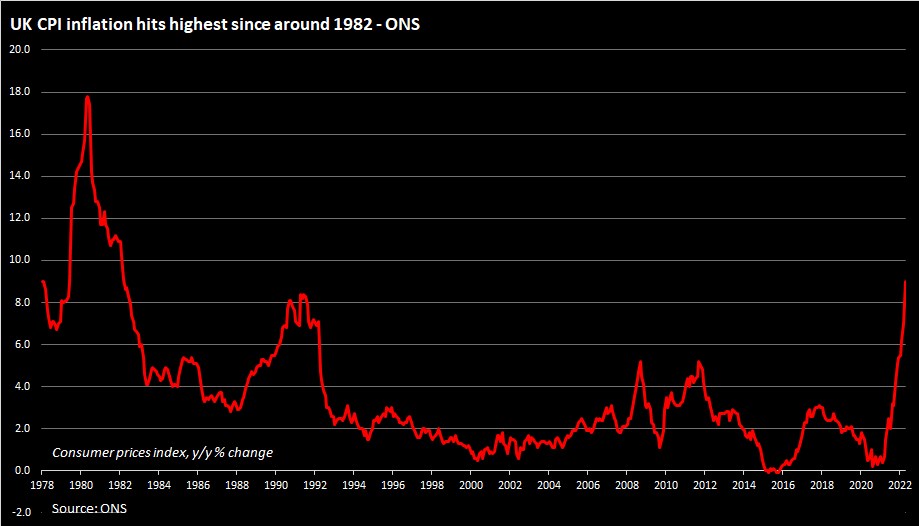 Governor Bailey was quoted saying   “It is a very, very difficult place for us to be in,” Bailey said on Monday. I have to say that this is the biggest test of the monetary policy framework that we’ve had in 25 years, no question about that.”

The BoE said in its May announcement that most policymakers believed “some degree of further tightening in monetary policy may still be appropriate in the coming months”.

Here is a breakdown of the data out for today; END_OF_DOCUMENT_TOKEN_TO_BE_REPLACED

As the heading suggests. Where to from here for YEN – and YEN CROSSES in particular. If you look at what occurred to YEN crosses since the advent of Rate hikes. One suggests it’s been the place to be to see good returns since March. However, looking at the close of April. In the candlestick, sentiment did ‘shift’ somewhat. The question has become one of whether can we continue to raise the rate aggressively—which according to the Inflation numbers still is likely to be required. END_OF_DOCUMENT_TOKEN_TO_BE_REPLACED

Other news events are mentioned below. US FED CHAIR POWELL IS SPEAKING TOMORROW, TUESDAY, 17TH MAY.